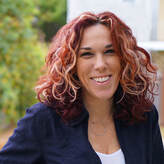 Lorrie Murray, Founder/Executive Director Bay Area Music Project
​Lorrie Murray is a passionate advocate for arts education and music as a vehicle for social change. She founded Bay Area Music Project in 2013 to enrich the lives of children and their families through accessible, empowering music education.
Lorrie’s background includes and overlapping 15 years as a graphic designer/art director and 25 years of experience as a concert promoter, tour manager, and stage performer in the music industry. During her time immersed in the Bay Area music scene, she discovered the true power of music and art to unite and uplift a community.
In 2012, Lorrie served as a community liaison and design team member of Maya Lin School, an Alameda arts-integration, inquiry-based public elementary school that offers new approaches to teaching and learning, valuing process over results. Responding to the needs of the school's strategic vision and community need, she created and launched Bay Area Music Project’s (BAMP) robust after-school music program serving Maya Lin School. Lorrie launched BAMP to prioritize the growth of young students from lower-income communities through music instruction and composition supporting their educational and social-emotional needs.
BAMP has expanded widely in scope in its first successful 10 years, from its geographic reach to its range in student ages, and finally to the number of students served across a wide variety of programs throughout the school year and beyond. Through Lorrie’s leadership, she was awarded the 2021 Spotlight on Quality Award from the California Department of Education's Region 4 System of Support for Expanded Learning (SSEL) programs office and the Alameda County Office of Education. Additionally, BAMP and its students have garnered notable achievements, including being named 2017 Outstanding Non-Profit Organization by California District 18 Assemblyman Rob Bonta and performing with Yo-Yo Ma at the Salesforce Dreamforce Convention.
Lorrie is a member of the Alameda Collaborative for Children, Youth and their Families (ACCYF). Additionally, she has presented at conferences and universities, including the Take A Stand Symposium at the LA Phil, ISTE EdSurge Fusion Conference, and Northeastern University. Lorrie holds a Bachelor’s degree from Northeastern University, Boston. Email Lorrie 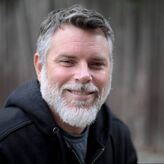 Don Hardy: Board President, Documentary Filmmaker, co-founder of KTF Films
Don Hardy is the co-founder of KTF Films, a documentary production company based in the San Francisco Bay Area. Don’s films have played to sold-out audiences at prestigious film festivals and have been seen by millions of people around the world. Over the years, Don has won numerous awards for his films, photography, and editing including 6 Emmys, 3 Edward R. Murrow Awards, 7 Associated Press Awards, the prestigious San Francisco Bay Area Photographer of the Year Award and more than 15 National Press Photographer Association Awards. Email Don 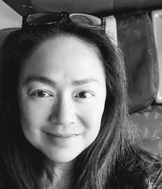 Lainie Acacio: Board Secretary; Chef-Owner, Gather and Grub
Lainie Acacio has served on the Maya Lin School PTA Executive Board for 5 years as both the Vice President and the Events Coordinator. She has volunteered and spearheaded several community events and fundraisers that benefited school related programs like BAMP.  More recently she has joined forces with All Good Living Foundations Alameda Cares Project as an advocate helping build relationships within the community to provide food and clothing for the district's underserved population of students and families. Lainie is chef and owner of Gather and Grub, a local, woman owned catering business.
Lainie’s daughter was a student of several BAMP programs from the 1st grade through the 5th; singing in the chorus, playing the viola and composing music in Soundlab.  “Her experiences in BAMP have shown me how music can help a child improve their on-task abilities and focus which I saw directly translate to her an improvement in her schoolwork. Volunteering at BAMP for over 4 years, I’ve seen students gain confidence in a skill they never knew existed and then take that confidence into the world. It makes me proud to serve on the board for BAMP." 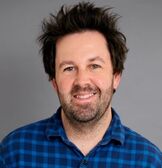 ​Shawn Dailey, Board CFO, Artist Management, Film Producer
Shawn Dailey is a musician, manager and producer from Santa Barbara CA. He has worked extensively across the music business in multiple capacities over the last twenty years with artists such as Anthony Bozza, Courtney Love, Tommy Lee and Jerry Harrison of
​Talking Heads.
Shawn serves on the executive board of Law Rocks and Credible Minds. Formally, he served on the founding board of the Take Me to the River Education Initiative. Over the years, Shawn has been a guest teacher at School Of Rock locations nationwide. 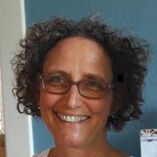 Betsy Weiss: Academic Intervention Specialist
Betsy Weiss has nearly 30 years teaching experience in the Alameda Unified School District. In 1993 Betsy helped launch Paden School, a school that opened as a developmentally appropriate, multi-age, year round K-8 school on the West End of Alameda that worked closely with the Museum of Children’s Art (MOCHA). In 2003, Betsy became the Title I Reading Teacher/Literacy Coach at Washington School. Nine years later she joined a team of teachers, parents and an administrator that worked together to promote innovation in the Alameda Schools. Their work resulted in the closure of Washington School and the creation of Maya Lin School, an integrated arts magnet school that opened in the Fall of 2012 in the site of the former Washington School. Betsy continues to work as the Title I Coordinator at Maya Lin School.

Stanford Thompson: Play On Philly, Executive Director, Chairman of El Sistema USA
Stanford Thompson is a musician and educator who is passionate about using music for social action and serves as the Founder and Artistic Director for the El Sistema-inspired program, Play On, Philly! and the Chairman of El Sistema USA. He also serves on the boards of the Interlochen Center for the Arts, the Philadelphia chapter of the American Composers Forum, Jubilee School, and as Chairman of The Curtis Institute of Music Alumni Council. He regularly contributes to the communities of TED, League of American Orchestras, and El Sistema-inspired initiatives around the world. Trained as a professional trumpeter, Mr. Thompson has performed and soloed with major orchestras around the world while actively performing chamber music and jazz. Stanford is a native of Atlanta, GA and holds degrees from The Curtis Institute of Music and the New England Conservatory’s Abreu Fellows Program.